There is something to be said about giving. Whether you are the giver, or you are receiving, there is love in that. I began working for a non-profit earlier this summer. I was supposed to go into a transitional housing program, teach youth photography for a couple of hours, and curate an art gallery at the end of the summer. My assumption was that I had so much to teach the kids about photography, but what I learned the very first day as soon as I placed a camera in their little hands, was that they were the ones that were going to teach something to me.

The first week I was there we began a discussion about the kids’ community and we began to listen to story after story, about struggles they have had in their young lives. It got to the point where I couldn’t allow us to just come in and teach photography and walk away. These kids needed someone to be patient, and to listen, and to be there as they develop into their best selves.

The next week I began to meditate with the kids. They wiggled around with their eyes closed while whispering to their friends seated next to them. I let them. The next week there were still kids that couldn’t sit still, and their uncomfortable energy was revealed. Again, I allowed them to just be. Over the course of the following weeks I guided them through meditations that adults can’t sit through. They meditated to beaches, and to rivers where they imagined the things they loved about themselves. There, in their safe places, the part of their lives that they can always come back to when they need to remember who they really are in this world, they began to be still. Even though they still wiggled a little, they meditated and found out that they are love. I am excited to say, last week as I guided them into their meditation practice, they were so deep into their meditation, that it continued for at least a half an hour, and when I told them gently that they could begin opening their eyes, not one of them did. There they sat, still at the river in their imaginations, and with a little bit of practicing every week, their lives were transformed. All of the adults in the room were in aw of what had happened. The energy in the room was light and filled with calm love for themselves. It was nothing short of a beautiful miracle.

While meditating I have the youth think about and imagine what they love about themselves. I ask them to remember those things and to begin photographing themselves in ways that represent that. Photography is symbolic, expressive, and pure emotion. These kids took all of the feelings that they have about themselves and photographed them. There are no words to express their work. I am left amazed at what they have taught me, and I am impressed at the unjaded and unbiased approach that they have toward their photographs.

We have teamed up with WHCC here in Minnesota and we are having a photography exhibit showcasing their work. The youth will be there and I would love for you to meet them and to hear more about our program. From one artist to another, this will change you. I don’t know how else to say it, but these kids have a story to tell through their work and you will be touched by it.

Please come celebrate them, marvel in their art, and I look forward to seeing all of you. 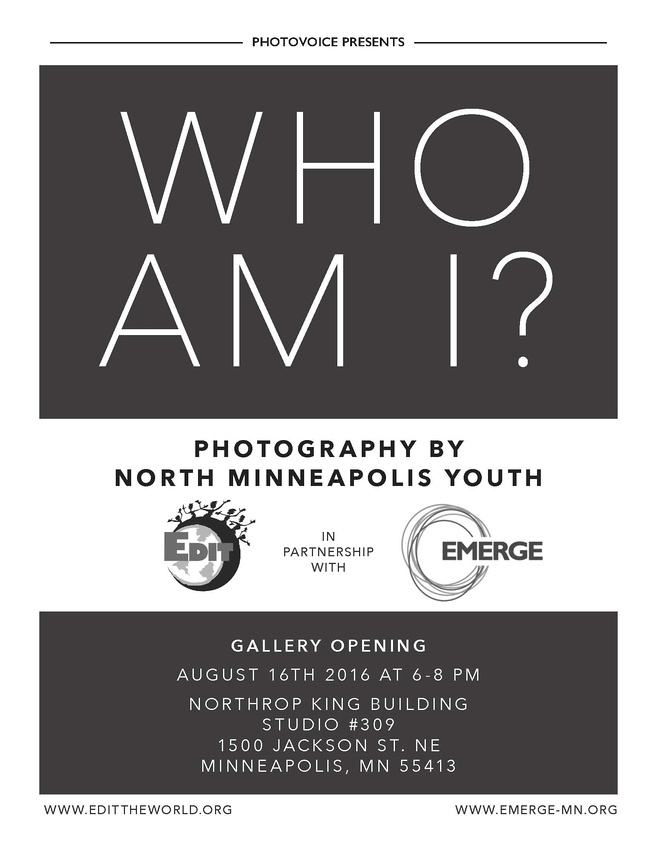